I am testing the stability of derivatives of [math]C_{l}' as repect of cosmological parameters, thanks to matter power spectrum, in order to compute after a Fisher matrix. I am using the last version of CAMB (downloaded and installed on 29 November).

Here's an example of curve obtained for the parameter [math]\Omega_{m} with different values of step (from 1e-8 to 1). The redshift is taken at z = 0.2095. I have achieve this plot for 7 different multipoles.

The derivatives used is a 3 points derivative (from finite differences), I can increase the number of points for derivatives but from my last results, the issue remains. 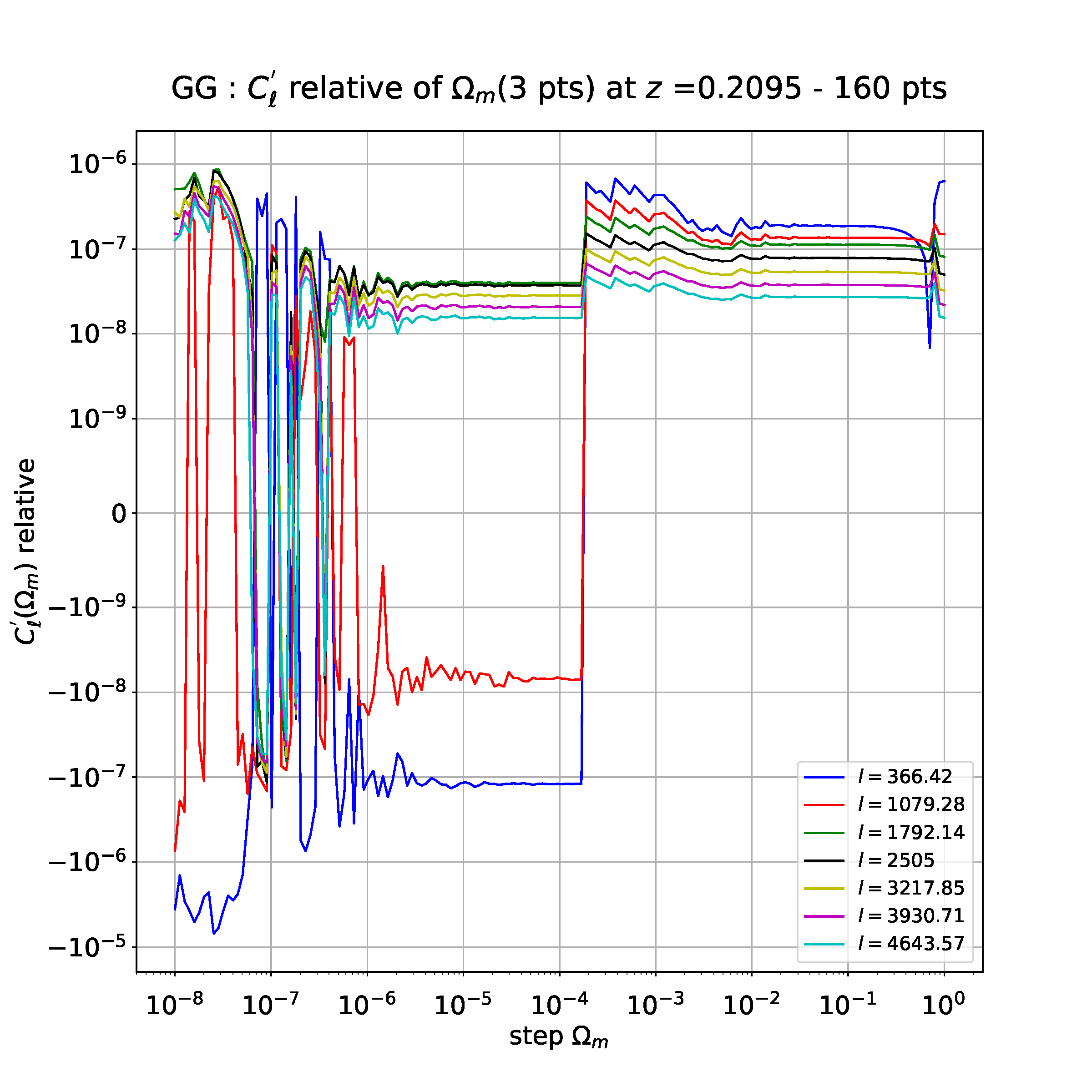 As you can see, there are different zones on this image. We can distinguish "numerical noise on the left" where there are a lot of fluctuations (up to roughly 2e-6).

But the most important and the issue we have, we don't understand the behavior of derivatives [math]C_{l}' at 4e-2 with a suddent peak and a shape of saw tooth patterns up to 1e-3.

After the 1e-3 step, the behavior is correct since there is a stability for computing the derivatives (typically, in our recipe, we take a step of 4e-2).

1) is this shape of saw tooth pattern due to nonlinear Matter Power Spectrum Model used (Takabird or Takahashi model ??) Or have I to use another model of matter power spectrum.

2) From your point of view, which is the cause of this sudden peak at 4e-2 (I plot with matplotlib 'symlog' to take into account the negative into log10).

3) Are there other alternative non-linear models that could allow to avoid these fluctuation between 1e6 and 1e-2 ?

I expect firstly a "numerical noise" for very small steps (like I have currectly), then a flatness zone just after and finally fluctuations when step is relatively closed to 1, as we can see on the right.

But for the instant, I can't manage to get a total and single flatness zone in the middle, i.e between fluctuations of very small steps and fluctuations of relatively large steps.

4) Is it normal that the first pseudo flatness zone is not at the same level that the other on the right : I guess that's not the case. How can I fix these 2 different values for each multipole ?

Any help/remark/suggestion would be great, I don't know how to circumvent this isssue (surely a problem on halofit-non/linear model). 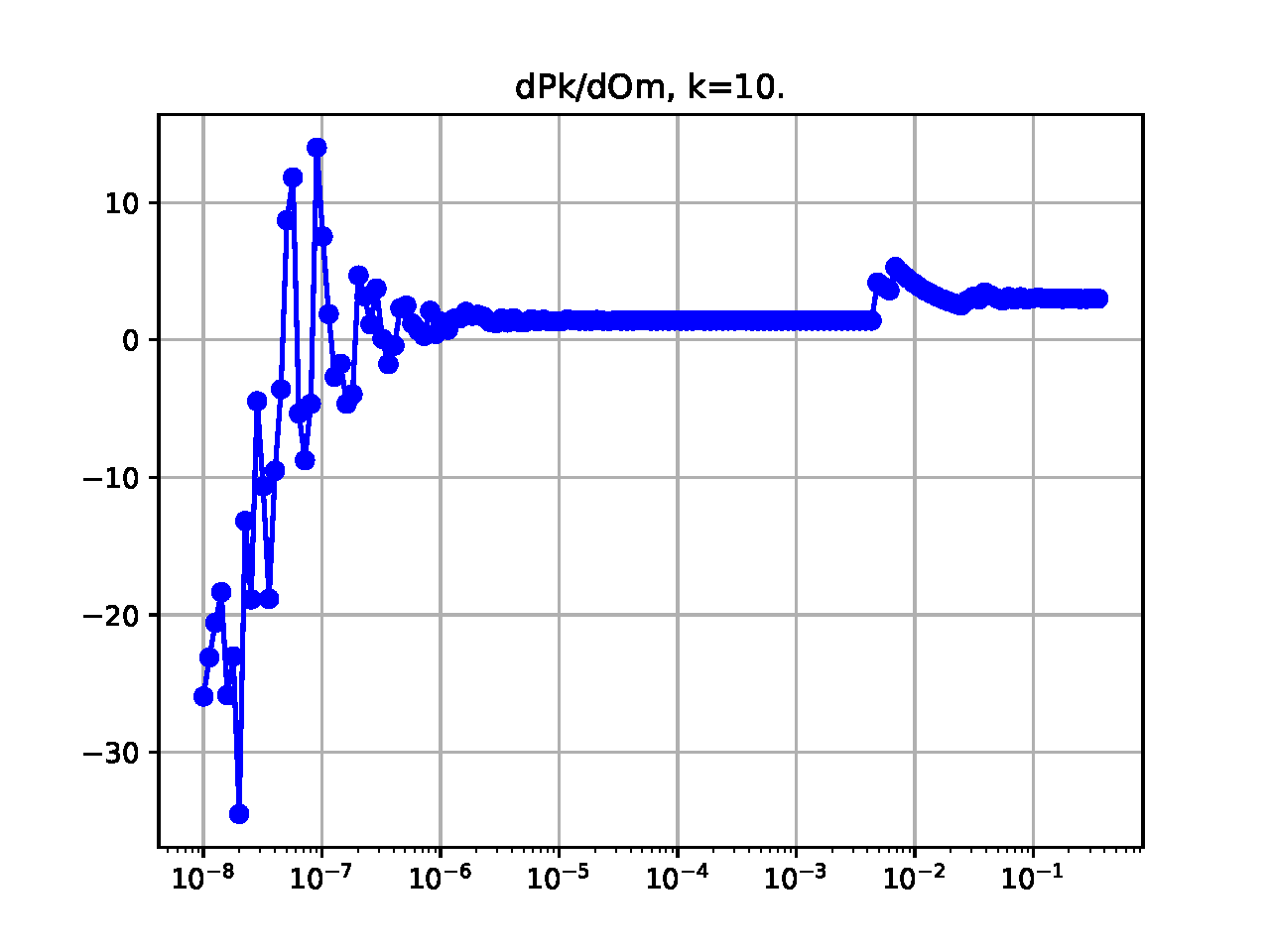 So this comforts us in the fact that issue comes from [math]P_{k} generated by CAMB.
Top
Post Reply
1 post • Page 1 of 1